I am trying to migrate from 12.5 to PB2017 and getting error 'illegal data soapconnection'. Can you please suggest how can I get rid of this?

Tweet
Function 'Len' has been replaced with function 'L...
Error while deploying an application after migrati...
Responses (2)

The SoapConnection class is part of the web service client PBNI extensions.  If you used the .Net engine to create the client you need to add pbwsclient70.pbd to your target library path or import the objects from pbwsclient70.pbx to one of your existing PBLs.  If you used the old EasySoap engine, then you need to add pbsoapclient70.pbd or import pbsoapclient70.pbx instead.  It has to be one or the other, you can't add/import both. 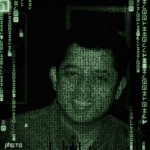 Make sure you migrate pbwsclientxxx.pbd first and then include it in your library list.

What does it mean? To migrate i need to include in the target. By library list what do you mean?