The result set return by the datastore is a JSON format which is different when compared with the JSON string returned by the datastore.ExportPlainJson built in method: teh column names are surrounded by the back slash character \

Example is shown below (both display only part of the JSON returned):

String datastore.ExportPlainJson: the columns are surrounded by \ (back slash) character:

Thank you for the explanation.

I understand that the "Plain JSON" has double quotes and it needs the escape character, OK.

However, we already have a lot of work to do to migrate the PB logic to C# Web API. This extra parsing will occurs in the Java front-end (that is the Client) and we are trying to avoid any extra work in this Project, specially if the work has to be done by other Team than mine.

Let's do a quick review:

1- The DataPacker / DataStore returns JSON that is proven parsed in the front-end as it is with no change in the code.

2- The web methods exposed by the API cannot just return the JSON datastore produced by a retrieve because, due to the existing logic in the front-end, it has to return an EA Server data structure (as I explained in my previous comments)

3- This EA Server data structure has a string array that today holds as many JSON result sets are needed.

5- The tentative was to extract the JSON result sets from the various data stores involved in the logic and to populate the EA Server data structure array with these JSON strings.

" string resultSet_json = ds_any_data_store.ExportPlainJson(); " which adds the escape characters we are trying to avoid.

There are other built-in data store methods that I had not yet tested, like  ExportJson

Bottom line, the final question is:

How can we get the JSON returned by a datastore retrieve as it is, not the Plain JSON, to be able to populate the EA Server data structure ? 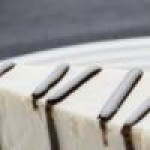 Escape characters are a standard in JSON strings.

I don't know how to parse it in your front-end, but you can get the string very easily in PB:

// Get the first item

// Get a string of Plain JSON

Thank you for the comment. Yes, it is very easy to parse the JSON string in PB.

Besides the fact that I have programmed/designed myself a number of C# REST web services along the past years with different .Net Frameworks and Visual Studio versions and none has escape characters built in.

However I already consumed some third-party REST web services that return JSON with escape characters.

So, you are right, in some situations, escape characters are embedded in JSON strings.

The good news is that it seems that our Java JSON parser is able to parse the escape characters. It is not a "final" word about it but it seems good so far.

I'll let you know by the end of the day and if it is confirmed that we can parse the strings with escape characters, we will be able to close this request.

Thank you for your time researching this.

Good news: yes, the Java parser can parse the several different JSON result sets we generated so far from the REST Web API, in PB2019 and PB2019 R2 beta too.

This means that we can proceed and have this request Resolved.

Thank you for the reply.

I have attached a Web API project as .rar file.

The project originally uses Oracle but I added the AdvWorksController and the supporting classes to access the Adventure Works SQL Server database instead.

There are two (02) methods for you to invoke from the browser in the AdvWorksController :

http://localhost:5000/api/advworks/AdvWorksPerson_datastore for IIS express in my equipment

http://localhost:5000/api/advworks/AdvWorksPerson_structure for IIS express in my equipment

It invokes the same above method and retrieve the same data. The difference is that it populates and returns an EA Server style structure with a JSON string exported from the datastore's method  ExportPlainJson().

The array resultset_value in the structure has the JSON string.

This string has the pairs column name : data value surrounded by back slashes, as displayed in the browser.

The connection string in the Startup.cs points to an ODBC data source,  AdvWorksOdbc, and needs to be changed by yours.

Thank you in advance for the help.

P.S.: the Oracle database referenced in the Project has the schema and scripts I uploaded for Julie while ago.

it has to use the backslash character "\" because this value (Plain JSON) is a string containing double quotes.

Some characters are reserved in JSON and must be properly escaped to be used in strings, e.g.:

Double quote is replaced with \"

Backslash is replaced with \\

So you have to parse this string value extra in your client.

Could you provide a sample project to reproduce this issue (the columns are surrounded by back slash)?