Resolved Git integration with PB: API or other access to workspace Refresh and Git Commit?

We've purchased 13 licenses for PB 2017 R3 for our developers and are planning to use Git going forward. We have not migrated our applications from 12.5 to 17 R3 yet until our Git process has been refined and further developed.

I've developed an external executable that is triggered by a custom Toolbar button in the IDE that does all the Git commands we'd like: for branch creation, checking out, deleting, pushing, and merging. Everything is working for the most part but we're still limited by the internal commands in PowerBuilder that appear when you right-click the workspace: Git Commit and Refresh. The internal Commit is the only way I see the ws_objects sources being created, and the Refresh is the only way new source changes are pulled into the local .pbl files.

I've noticed there are no HotKeys for the new Git commands that appear on the workspace right-click menu, nor do I see any toolbar options for them. Is there some way we can access the new Git commands (specifically Git Commit and Refresh) from anywhere else within the IDE besides the right-click menu of the workspace? Is there a way we can invoke those commands externally outside the IDE on a running instance of PB 17 R3? Access to those is crucial at this point in our Git process - at this point we're relying on a developer to always remember to do a full Refresh after a branch change instead of it being able to be triggered automatically or programmatically.

Are there solutions or does anyone have advice on how to do what we're requesting programmatically? 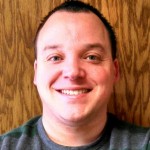 1. Are you using the new native Git interface in PB 2017 R3 or are you using some third-party bridge solution like PushOK?

We're using the native Git interface in PB 2017 R3 to commit files and refresh only.

2. The toolbar you mentioned is directly invoking a Git client or are you using the built-in Git commands of the PB IDE?

We've written a wrapper for the Git command-line to run Git native commands outside of PB IDE (not using PB commands, - no shortcuts found or menu options available besides the right-click on workspace)

Yes TortoiseGit is installed. We're not really using it though except for the logging, the actual git command-line commands are what we're currently using to create/checkout branches.

Hi Luke, Since you are using the native interface in PB I would recommend you open a support ticket. But our support would need to transfer this to product engineering to get involved since doesn't look to me like a typical troubleshooting that our support team could do without assistance from product engineering. https://www.appeon.com/standardsupport/newbug

1. Are you using the new native Git interface in PB 2017 R3 or are you using some third-party bridge solution like PushOK?

2. The toolbar you mentioned is directly invoking a Git client or are you using the built-in Git commands of the PB IDE?