Fortunately, I have a solution for that. I've created a nonvisual user object called u_json, which can parse, generate and manipulate JSON in an object oriented way.

u_json works with its own JSON structure. When a file is parsed, it will be completely parsed with JSONParser and then would be available in the object oriented way. When a JSON string is generated, a JSONGenerator object will be created from the object structure.

Each array, object or value is considered a node, each node is represented by an u_json object. Array and object nodes contain an array of u_json objects. With this setup, the JSON information can be easily accessed and manipulated using the dot notation (see examples in the GitHub wiki).

Get it, it's open source

I've published the project on GitHub as open source under the MIT license.

By now, the project isn't thoroughly tested, so there might be some bugs left. But it's working in general. If you find an error or have some ideas how to optimize it, you're very welcome to create an issue or pull request on GitHub. More Information as well as a full function reference can also be found on the GitHub Wiki.

I haven't used it myself yet, but I'm pretty convinced I will the minute I have to work with JSON.
Thank you for this effort Georg! 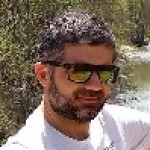 This is exactly what is missing for PowerBuilder and it's JSON support. Practically, is a DOM oriented approach for the JSON structure.
It's really helpful, if you are intent to use PB + JSON, this is a must!!!! 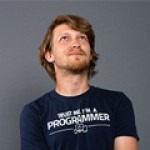 Thanks a lot for your feedback, it's a pleasure to hear that!

Currently, I'm using the framework myself, and did some bugfixes recently - make sure you use the latest version from GitHub. I'm also about to do some further optimizations, I'll add that within the next days.

Hi George! Thanks for this code, is very usefull.
Maybe i'm doing something wrong, but i found some bugs I want to share with you.

When i call the funcion of_delete_node('string') it goes into an infinite loop that closes PB ide.

First time, it works well, but on the second time i execute the order, of_get_index() returns 57 instead the 56 that should be the value returned at of_get_index.

I've solved it by adding the line:

Also, maybe a call to of_changed() should be done at of_delete_node().

As i told you, maybe i'm doing something wrong, or working in an unexpected way.

Anyway, this code works nice for me and will use it onwards, will keep reporting errors or ideas if you want.
Thanks!

Thanks a lot for sharing this with me!

You're absolutely right about the of_changed() call which is missing, just added that. Also, there was an error about the re-indexing after deleting a node, which I also just fixed. So thanks a lot for reporting.

Your solution for the indexing problem will not reorganize the indexes in all following nodes, so if there are nodes following, you might end up in more problems. But just get the new version from gitHub, that should solve these problems.

And of course, I'd be very happy if you kept reporting errors or ideas.