Since upgrading to PB2019 (and i think less frequently before the upgrade) when we send our EXE installer file to users, when they download it, windows defender blocks it (either won't allow it to be downloaded at all or blocks it).

I can handle the blocks it (because i advise the users to click on properties and unblock it).

But my client has had some issues and wants us to look at why Defender it having issues. I think i saw a post that said that MS defender says its not frequently downloaded so it is at risk (which our user base isn't large so it's never going to be frequently downloaded.) Our inhouse users (myself included) unblock and run fine.

do you have any advice as to how to get around this? 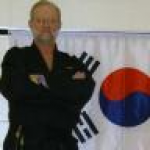 Since PB2019 R2 does not have an installer, I suspect that you are using a 3rd party installer product. I also suspect that it's the installer software that W10 and thus Defender are complaining about. Try using a different installer vendor software or as Armeen suggested, upgrade to PB2019R3 or PB2021 and use the new PowerClient deployment feature.

Try signing your .EXE with a trusted certificate.

Also, you might want to try the new PowerClient deployment option: https://www.appeon.com/products/power-client

You can do a very quick test to verify these two recommendations will solve your problem or not.

Ask your users that are having the Windows Defender issue to try to install and run this demo PB app using this link: https://demo.appeon.com/ui

If it works, the solution is to do what I said above.

thank you for the reply. We'll take a look at this.

Hi Armeen. where does this demo app install? i do get our install file blocked. I ran your demo and it did not get blocked. is this a web app?

ours is a local app, does that matter for this?

Hi Amy, Your test confirms I am right. You should use PowerClient and sign your app .EXE with a trusted certificate. This demo app installs to the roaming folder, and that is default setting of PowerClient. Do not change the default values of PowerClient. In the Start Menu there is uninstall shortcut if you want to remove the demo app. This is a PowerClient app, which is client/server not a Web app. It is feature in PB Professional Edition version 2019 R3 and newer. You just take your existing PB app configure and deploy. Watch this training session from Elevate 2020: https://www.appeon.com/conference/elevate-2020/live?id=288
There are no comments made yet.