I work with a largish commercial system which uses Infomaker as its user reporting engine.

Our site contains about 800 IM reports, some out of the box, a lot custom.

I would like to be able to produce a dataset of reports crosslinked to their subreports and source procedures (most of them are based on stored procs, not queries) in such a way that I can then link that dataset to the report setups in the app itself, and maintain a documentation database to use for reference.

I have previously used PBDoc to generate output that I can manipulate into a db, and then used that, which is ok, but:

I suppose I could learn enough about the source file format to be able to parse out the information i'm interested in myself, but does anyone know if a tool like that exists already?

(I'm going to have a look at Visual Expert, but it looks like overkill for what I need, and would still require parsing out of html to get to what i want, i think.)

AFAIK there are no plans (or need) to change the PBL structure. Its the related object source syntax that keeps changing due to new PB features. That is independent of the PBL structure though. 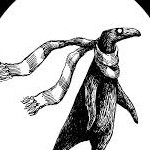 Thx for that. Good to know.

But my understanding is that Appeon is powering ahead with long-overdue improvements, and i'm sure that at some point that's going to involve changes to the PBL structure that will break PBDoc, unless someone picks it up and maintains it. So I'd like to have another option, if it exists. And I'd love to have one that could automate - I have another client that will probably want to have this kind of reference built as well.

Do you know if the PBL structure is reliably documented anywhere, in case I have a rush of blood to the head and try to do it myself?

Looks like I can do what I want to do by using S�bastien Kirche's PBDumper tool to output the source code objects into files, then parsing the relevant lines and text bits out of those, and automating the process, with vbScript or something. Not pretty, but probably fairly simple, and worth doing, I think. So long as they're not about to suddenly decide to redo the whole thing in XML. :-)

You can also use PBNative source control to extract the source code files if for some reason PBDumper doesn't work well.

Good idea! I use native SCC all the time for code refactoring too! ;-)

Ken: You would need to attach the IM PBL's to the PB IDE in order to perform Roland's suggestion. However, I have successfully done this before many times.

InfoMaker uses the same PBL structure that PowerBuilder does and it has not changed since PB10 introduced Unicode.

I don't see any announced new features that would involve changes to the PBL structure or object internals.