How do I modify those unsupported Items/Features that show up in the Unsupported Feature Analysis Report that are in the PFC/PFE libraries?

I am hesitant and need your advice on those items in PFC/PFE libraries.

any unsupported code will be flagged.  If that code is NOT called by your application, then you will have no problem.

Generally, unsupported code will be skipped over, so it will be as though that code does not exist.  If it is critical code, then you will have a problem, if it isn't really used then you won't have a problem.  So for example, say your code is getting the minor version of powerbuilder to display in an about box, then it doesn't matter that the code does not run. 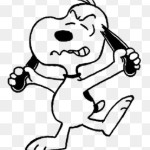 I have gone through my Analysis Report and modified those 'Have to Modify' errors in the application itself but NOT those in the PFC/PFE class.

Oddly enough, the Report came back with no errors after another Compile attempt.

Thank you all for your input!

John's answer is exactly right.  If it is unacceptable that those features are not supported in PowerServer, then I would recommend waiting for PowerServer 2021.  We have currently prototyped an approach that would resolve all unsupported features.

Unless I am mistaken, this is not a standard Foundation Class Library object (there is no pfcmsg.pbl, and even if there was, the object in question in a pfc-layer library would be named pfc_n_cst_msgs_manager, not n_cst_msgs_manager). This is probably a locally-developed extension to the PFC libraries, so I'd venture a guess that no one in the Community can supply you with specific advice.

You'll have to get rid of the reference to the unsupported object...maybe comment it and related code out? It's your call.

The object n_cst_msgs_manager is the app manager object for the PFC example app 'Message Manager'. After PFC was open sourced with PB10, the developers who maintained PFC don't appear to have taken on maintenance of this app.

Thanks for the clarification, Roland! Having used the PFC for over two decades, I've never looked at the example application distributed with the Open Source PFC libraries.
There are no comments made yet.