I created a new library and moved the remaining objects to the new library, then the file size changed appropriately.

Any ideas on why the original file size wouldn't change after deleting many objects?

That's not surprising as the IDE does not physically delete the objects. Instead, it marks them for "logical" deletion. The same when you update an object. The previous code version is marked for logical deletion & a new code copy is saved.

It's only when a library "optimize" is done, are the logically deleted code copies are then physically deleted & library space is then fully reclaimed.

After performing a library optimize like Armeen recommend though should you see a library space reduction. In all other object update scenarios, library space should always actually increase. This space management approach for PBLs was adopted after how Microsoft's DOS O/S managed hard drive space.

BTW: what build & version of PB are you using? Also what O/S and machine are you running the IDE on? 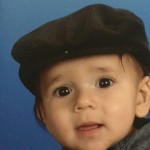 This project has been under development since 1996! I wonder if it's time to create new libraries and move all objects over? When I have to migrate code, does that clean out the libraries? (yes, development started back in the PowerSoft days!)

No, it's enough to right click on each pbl in the library painter and choose "Optimize", like others have suggested.

How about when you run the "optimize" command on the PBL?

I didn't realized there was an optimize option for libraries. I just optimized all of the other libraries, but it didn't help very much. 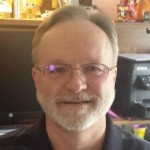 Did you optimize the one that you think should be smaller?

No, because I created a new library and moved the object I wanted to keep. Moving objects did reduce the file size.
There are no comments made yet.