I am having an interesting problem writing a .NET Core 3.1 API using SnapObjects to connect to SQL Anywhere via ODBC.  The problem has to do with when database connections are made and released.

The Web API Controller invokes a Service, and the Service receives a DataContext object in its constructor by Dependency injection.  The DataContext class is a subclass of OdbcSqlAnywhereDataContext.

The Service retrieves a .NET Datastore with the following code.  The exception catching code will be explained momentarily...

The SQL behind the .NET Datastore's Datawindow is of the form:

The stored procedure "prc_my_proc" returns a result set, and in some cases signals a "user exception".  The signaled exception is caught in the above C# code as an OdbcException.  The problem is, the OdbcException object "oex" will not have the user exception message.  oex.Message will be generically: "[SAP][ODBC Driver][SQL Anywhere]User-defined exception signaled".

Our problem is - the retrieved user_error_no and user_error_msg values are null, and we have determined this is because the retrieval happens on a DIFFERENT connection than the stored procedure call that signaled the exception.

However both the datastore being retrieved and the subsequent SqlExecutor invocation both reference the same DataContext object.

My questions now are as follows:

Thanks for your consideration! 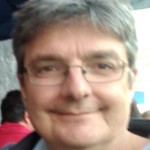 Thanks, David. Your suggested code additions solved the problem!

By the way, I determined that Connection Pooling was not enabled for the ODBC driver. I changed that.

A few quick follow-ups, if you don't mind:

Q2) If I had not manually closed the connection, would it have been closed when the context object is destroyed upon exiting the "using" block?

Q3) Is there any way to tell whether an opened connection came from the pool or is fresh? I have a reason to ask this: SQL Anywhere database server Authenticated Edition requires the client to specify an authentication key for new connections.

Please see my replies below:

David: Yes, the connection will return to the pool after it is close.

Q2) If I had not manually closed the connection, would it have been closed when the context object is destroyed upon exiting the "using" block?

David: When the context object is destroyed, the connection will be close.

Q3) Is there any way to tell whether an opened connection came from the pool or is fresh? I have a reason to ask this: SQL Anywhere database server Authenticated Edition requires the client to specify an authentication key for new connections.

David: As for this case, could you please provide a demo for us to further analyze?

Thank you very much, David, and for offering to look further into Q3. However I'm pretty confident we can figure something out. I asked just in case you or your colleagues had any knowledge off hand. If I run into trouble on this, I know where to turn. Thanks, again!
There are no comments made yet.

Please try the following example and let us know if there are any problems. Thank you!

I have created a simpler example that illustrates my problem:

The two ConnectionId values written to the console are different and sequential numbers.

I do not have this problem if I use System.Data.Odbc classes.  In this case, subsequent SQL operations using the same OdbcConnection object use the same database connection.

I'm really hoping I can find a solution as I would rather stick with SnapObjects.Data and SnapObjects.Data.Odbc because (1) I like the functionality and the .NET Datastore, and (2) it supports async operation.