I've got a logo of my local government organization from www.cab.lt and I want to use in a datawindow print form, however when I try to export it using NativePDF image gets all pixelated and I can not find a way keep the quality. 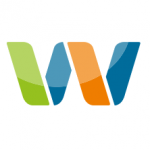 i already opened a ticket about the same problem in april 2019 without a solution.

The PNG format would offer so many advantages, e.g. Transparencies and partial transparencies.

I don't see in your test app where you are setting Export.PDF.NativePDF.ImageFormat to '2' (PNG), so I added that:

I concur this does not resolve the resolution issue.

I then tried setting ImageFormat to '1' (JPG), which converts the PNG to a JPG before including it in the PDF. No change.

Using Windows Paint, I converted the PNG to a JPG, changed the DW to reference the JPG, leaving ImageFormat = '1' (JPG). No change.

Using the JPG image, ImageFormat = '1' (JPG) in PB 2017 R2. Success! Image resolution in the PDF is much improved and the size of the PDF is noticeably smaller. We are using JPG's with PB 2017 R2 for our applications, which is why this feature is working for us.

Armeen is on point. What he didn't say is that the NativePDF driver appears to convert images to the type defined in this setting. So, not only are CPU cycles needlessly spent on the image conversion, the resultant PDF becomes significantly larger than needed because BMP is a non-compressed image format.

We ran into this issue early on and using the ImageFormat option made the issue go away. 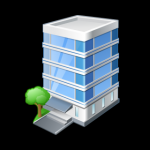 Tried that, did not help. Tried all 4 ImageFormat options, all got same result.

Please open a support ticket for the image clarity within a NativePDF rendered file if you cannot resolve this issue.

There is option to use different image types. Default is BMP.  Set it to PNG.  https://docs.appeon.com/pb2017r3/datawindow_reference/ch03s03.html#XREF_19761_Export_PDF_NativePDF_ImageFormat

Tried that, did not help. Tried all 4 ImageFormat options, all got same result.
There are no comments made yet.