Last year we planned to use Native PDF and tested it with PB 2017. In order to use Native PDF we added below code in PB.ini and it worked fine for us. It covered 99% of different layouts and export to pdf was successful. We were a happy team to achieve the Native PDF functionality without writing a single line of code. Later on we decided to move some other items, update infrastructure before moving to Native PDF.

Now we decided to move Native PDF but we are running into an issue due to PB Version  of 2019. We were able to generate PDF by adding above 3 lines into pb.ini using PB 2017 but now in PB 2019 it is not working.

Are we missing something or Appeon has applied some restriction to use above method? 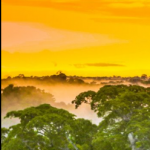 John is right. The two INI settings NativePDF_IncludeCustomFont and NativePDF_Valid will no longer take effect in PB 2019  R2.  if you want to save them to PDF using PDFlib, you can select the "Always use NativePDF! method for PDF export" in the Application properties dialog box.

I read the links provided by John, and I'm wondering is there is any advantage to using one method over another for saving DWs to PDF.

Our application is report heavy, and an option that noticably improves the performance of the SAVE AS would be worth changing; we are currently using Ghostscript.

Thank you, Mark. I

I'll test the PDFlib printer to see if there is a performance difference and let everyone know.
There are no comments made yet.