We have an application that requires scheduling of people, and developed a datawindow that showed a Gantt chart type interface to allow users to manage the schedule. This was created a few years ago under PB 11.

One of the things users can do is drag activity blocks around in time or between people in order to reschedule. Sometimes these blocks are not allowed to be rescheduled by the system, or the user may cancel the move in a confirmation window.

The code simply issues a Drag(Cancel!) in this case, and then refreshes the display. We've noticed that under PB 2017 issuing the Cancel causes the entire application to freeze. If the dragdrop goes forward and completes, there is no such issue.

There's no setredraw() logic involved, and the same code works perfectly fine under PB 11.2.  Autodrag is off, as the users need to be able to click in the dw and do other things such as sort.

Has anyone else experienced this?  Thanks.

Tweet
Which OpenSheetWithParmAsDocument
PB 12.6 64bit not working
Who is viewing this page 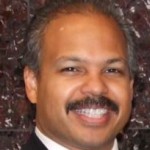 Would you have a simple test case for this?