Resolved Is it possible to use C# files inside of PowerBuilder 2022?

I was googling online to see if this is possible but I'm not sure it is. If I'm correct it was possible in PB2018, there was a CSharp Editor but I can't find how to do this in 2022. I know SnapDevelop is used to code in C# but then I have to either create a .Net Web API so I can use C# code in my PB app (which I want to avoid) or convert my whole app to C# and SnapDevelop. If anyone knows how to use the C# Editor in PB2022 I would greatly appreciate it! 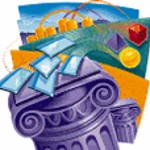 What you can do is develop non-visual C# assemblies in whatever C# IDE you like and integrate that into your PowerScript-based app using the .NET DLL Importer: https://docs.appeon.com/pb2022/application_techniques/Calling_C_Assembly_in_an_Application.html

Here is an Elevate tech session about this topic: https://www.appeon.com/conference/elevate-2020/live?id=251

Thanks Armeen!
There are no comments made yet.

No... PB never had a C# editor. However, newer cloud versions of PB does come with the SnapDevelop IDE - which is a C# development tool & supports the .Net DataWindow & DataStore.

In the older days of PB, we did have a C++ editor built into the PB IDE when PB was built with the Watcom C++ compiler. Newer versions of PB today though are built using the Microsoft C++ compiler.

You can use the C# Migrator utility to migrate your PowerScript to C# and then use either the SnapDevelop or Visual Studio IDE from that point onwards. However, the C# Migrator only does the non-visual objects. So there would still be coding work to do GUI wise after the initial code migration.

I do have a questions about the C# Migrator utility. How powerful is this tool, as in how well does it convert PowerScript to C#?

For NVOs generally it is fairly good. Other than that, it is not going to do good conversion because it is designed to only work on non-visual code and PB apps generally are not well partitioned so garbage in... garbage out!
There are no comments made yet.