We have to convert blob data into string. The blob content could be encoded in UTF8, ANSI or UTF16LE.

How to identify which encoder to use for string conversion?

You could add another column which contains a code to tell you the format. The process that stores the blob should know what the format is and could update the format column.

blob is from database ...

If the blob's contents are being read from a file, you can use the FileEncoding( filename ) PowerScript function.

Thank you for posting this reference to the bug submission Miguel. I spoke with Bruce Armstrong at Elevate 2019 about an issue I was having with the FileOpen function not being able to interpret accents properly unless I coded it a certain way, which I found out through trial and error. He suggested I submit a bug and I was going to after I couldn't find an existing bug submission (as I was searching on FileOpen) but I never got around to it.

Hopefully the fix for FileEncoding will by default fix FileOpen but if not hopefully FileOpen will also be addressed.

Here is the code I used that ultimately worked:

At the time this really struck me as odd having to open the file with ANSI encoding in order to properly read a UTF-8 encoded file, but doing so along with some conversion ended up working. I thought it might be related to byte order marking and very strict adherence to the absence or presence of BOM, but thanks to your bug submission I now know it is a bug. 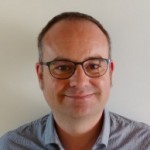 I've the same problem and i've found the same workaround.

The program doesn't know it.

So the conversion String(lb_blob, EncodingUTF8!) cannot always be done (if the file is ANSI, i get asian character).

So did you find a workaround to check the right file encoding ?

Hi Thierry...so for my current need at the moment I know in advance that the files I am receiving will be UTF-8 encoded (without BOM) and so I don't have the issue that you do. I am also automating this as the files come from an external source and so thankfully I don't have to see the files before processing them. If you/ your users aren't automating the process and are in a position to view the file before accepting it then you could write some code to preview it utilizing the different encoding (taking care when testing with UTF-8 due to the absence of BOM issue) and once it "looks" as it should, then finalize the process.

If not, then the only thing I can think of is to utilize Roland's suggestion re: IsTextUnicode but I thought in the other Q&A thread someone stated it didn't work or it didn't work enough maybe?!

I manually wrote the code below. I'd except that PB natively identify the encoder when converting blob to string.