Is there any known limitations in HttpClient.sendrequest() when it comes to the size of the "payload"?

I have successfully managed to invoke a SOAP WS service using HTTPClient now.

There are to methods available - GetVersion (no args) and Convert(xml arg).

The body in the sendrequest contains the SOAP envelope as described in the WSDL, and the XML which should be converted is a part of the body. Right now its approx. 20 KB in size, so not that big at all.

The same operation works just fine in both SOAP UI and PostMan.

Both methods are invoked with POST, text/xml and so on. 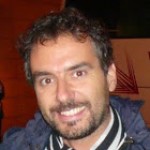 Appeon suggests to use PostData/Start/End in place of SendRequest when payload is some MBs, which doesn't seem to be your case.

Rather, did you remember to set up the proper content type before sending the request?

I was setting the correct content-type, but also content-length for some reason.

When I removed the setrequestheader for "content-length" the statuscode is 200 and my converted XML is returned.


There are no comments made yet.
Responses (1)