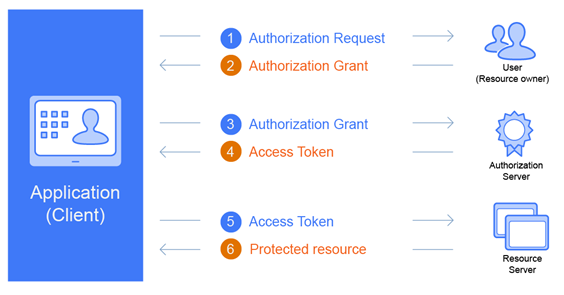 Here is a more detailed explanation of the steps in the diagram above:

In PB2017 Revision #3, Appeon has added the following five (5) objects to the PowerBuilder System Class that support the oAuth2 architecture framework as described above, as follows:

With these new PowerBuilder entities, the PowerBuilder developer is ready to use the new oAuth2 framework with either the existing HTTPClient or RESTClient object classes that were added in the PB2017 Revision #2 release. Also note that oAut2 feature will also be available in the new “C# Web API” RESTful web service feature coming soon in the PB2018 release, so that you can use oAtuth2 when building your RESTful web services.