Go ahead and map a custom event for the DataWindow control to the pbm_syscommand Event ID.

For purposes of demonstration, I’ve placed a singlelineedit control on a window and assigned the commandtype argument value of the event (an unsignedlong) as a string to the text property of the sle.

In the screenshot, you can see that I’ve trapped the user clicking on the titlebar of the DataWindow control with a commandtype value of 61458. 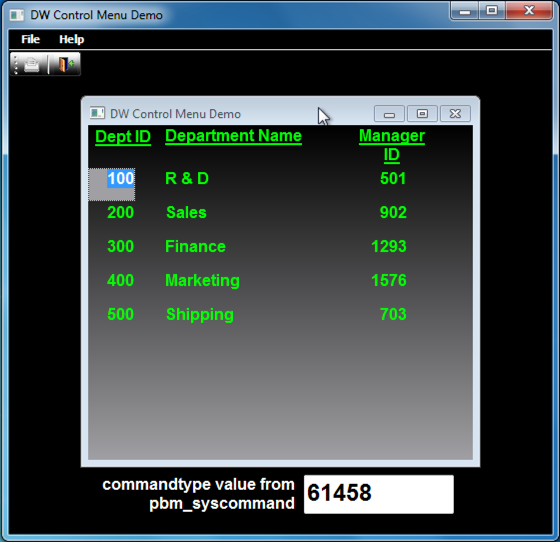 For your reference, I’ve included a roster of commandtype values here in this tip. Happy trapping!

61488: DataWindow Control is Maximized or resized by border interaction