Resolved PB 2017 app crashes when opening one window, for just one user

This is truly weird. I have the PB 2017 version of my app out for beta testing, and one user reports that when he opens a certain window (or another one inherited from it) the app crashes with no message. No other user (or any of our test computers) shows this behaviour, and it has certainly never been reported with with PB12.5 version that is used by thousands of users.

I have checked that the user's install isn't damaged, by running checksums on all of the installed files. He's on Windows 10.

Anyone have any bright ideas on how to go about resolving the problem for this user, other than telling him to run it on a different computer or revert to the PB 12.5 version? It occurs to me I could add log file messaging for him just before opening the window and at multiple places through its Open and ue_postopen events to at least see where it's happening, but that would certainly be a pain to do. 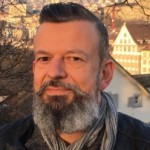 ARGH! This whole problem was user (and perhaps arguably programmer) error, nothing related to PB 2017 at all. There are certain places in my program where the first time they use a feature, they are forced to read the Help topic on it, or at least we open it and hope they will read it. We bring up the help file in a way that they have to close it before control returns to our app, with a (we hope) very clearly worded warning messagebox appearing before the help is shown. The user didn't read that warning, and they have dual monitors, and for some reason the help file appeared on a different monitor from the app, so it didn't occur to the user that the help was blocking the app's response. When the app started showing "not responding" because they hadn't closed the help, they decided it was dead and killed it. And we had a ton of emails back and forth before I asked again for a clearer description of the behaviour, which allowed me to figure out the problem. We live and learn!

By the way the PBDEBUG did help, because I could see those messageboxes coming up.