A long time ago I got my hands on Arthur Hefti's Google Maps Demo and I was able to transform it into a Vehicle Tracking System.  We used it for a long time before we purchased another system that included that functionality.  I have to say it was a LOT of work creating the code to generate the javascript to support the views on the fly (with markers).

Now I am working to simplify how we manage rates and would like to give our pricing team a tool that would allow them to:

Can anyone suggest how this might be done in PowerBuilder?  A long time ago it would start with including a Microsoft Internet Object that was instantiated.  As time went by there were fewer and fewer ways to support this without modifying the registry settings (e.g., IE11).

Ideally, the PowerBuilder application would incorporate a supported off-the-shelf tool that has KML editing built-in.  I have searched 'powerbuilder' and 'kml' and have not been able to find anything in the community or via Google where someone has already done this.

I would appreciate it if anyone can comment with respect to the possibility of incorporating existing KML tools into a PowerBuilder project and referencing the objects or if there is a way to natively include Google Earth into the project.  While I would love for this to work in Appeon, I would be happy to have it work in a standalone PowerBuilder 2017 application.

Thanks in advance your time in reviewing this and pointing me in the right direction.

What a coincidence! I'm currently working on a pilot for "web-GIS embedded in PB app".

I'm using Leaflet.JS - which is excellent at presenting data with limited "GIS editing" (my scenario). You may require GIS editing at a level where other tools beyond Leaflet are worth considering.

I collect data on the PB side, wrap it up as GeoJSON and pass it on to Leaflet but it could be pretty much any GIS tool in JavaScript.

PM me if you would like further details. My code isn't demo-ready at a grand scale yet.

Thank you Kevin and Michael.  I will check out both ESRI and Leaflet.js.  I think my requirements are simpler because there will only be creating/changing/deleting spatial zones (no landmarks or anything like that).  And hopefully, I can implement something where the user can click on two zones to initiate pricing...

Sorry, how do I do the PM thing?  I clicked on your profile, but I do not see anything related to private message, Michael.  Thanks!!  Paul

Hi Paul, you did it correctly. I guess I had to accept your invitation to enable the private messaging.

You should have a message from me now. See your profile page, section [Private Messages and Invitations]. 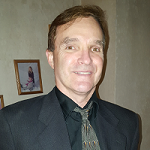 Have you looked into ESRI?  I used their tool with PB10 years ago for a mapping app for the CT State Police.  This was about 5 years or so ago, not sure if it's still supported, but it's worth a shot.

The reason it is called Keyhole is because the satellites Google uses are retired US Air Force spy satellites and Keyhole was the code name for the program. I used to work with them when I was in the Air Force.

Thanks Roland...So I guess anything that allows me to describe a zone via a set of lat/longs will work.  Any idea as to how I can put it all together?  Paul

I should probably state that we don't HAVE to use KML.  I think it could be any format that uploads easily to a geometry column in SQL Server and allows someone to draw a geographic zone.